A sod-cutting ceremony has been performed for the construction of a Lube-Bay for the Transport Section of the University.


The construction is being funded by Vanguard Assurance Company Limited at a cost of GH¢ 63, 000 as part of its Corporate Social Responsibility to the University.

In his remarks, the Vice-Chancellor noted that the Lube Bay would go a long way to help service and maintain vehicles of the University. He indicated that the University was looking for partners to support in diverse ways to efficiently carry out its mandate. Prof. Boampong said the project was the first to be executed under his tenure as Vice-Chancellor “Vanguard Assurance has demonstrated that they are true partners and we encourage other organisations to also follow their example,” he noted. 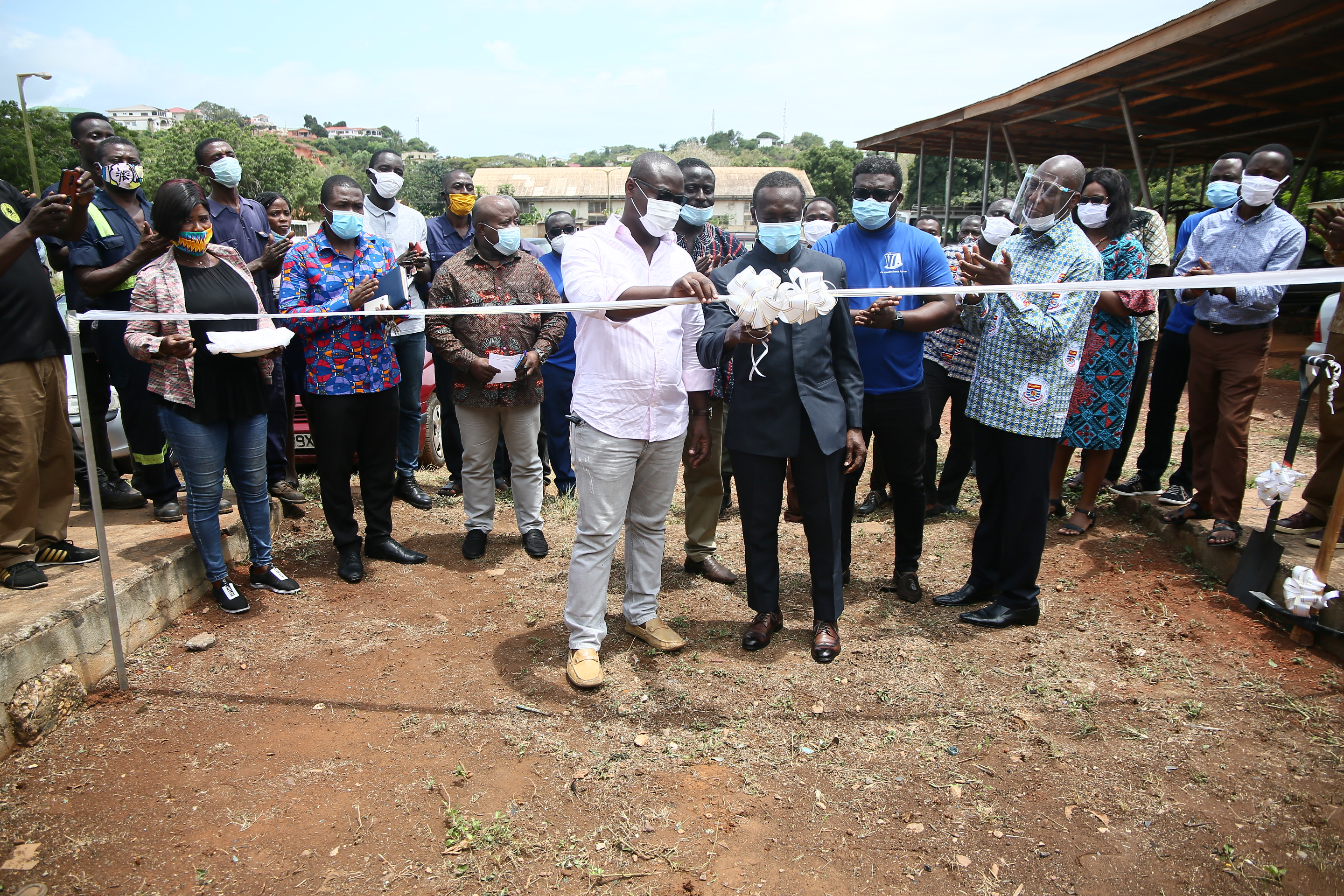 On his part, the Registrar, Mr. Jeff Teye Emmanuel Onyame, commended Vanguard Assurance for the support and indicated the facility would be very beneficial to the Transport Section. He said the University was very proud to be associated with Vanguard Assurance and added that it was a sign of greater things ahead.
“We look forward to having many bigger projects on campus with the help of Vanguard,” he added. 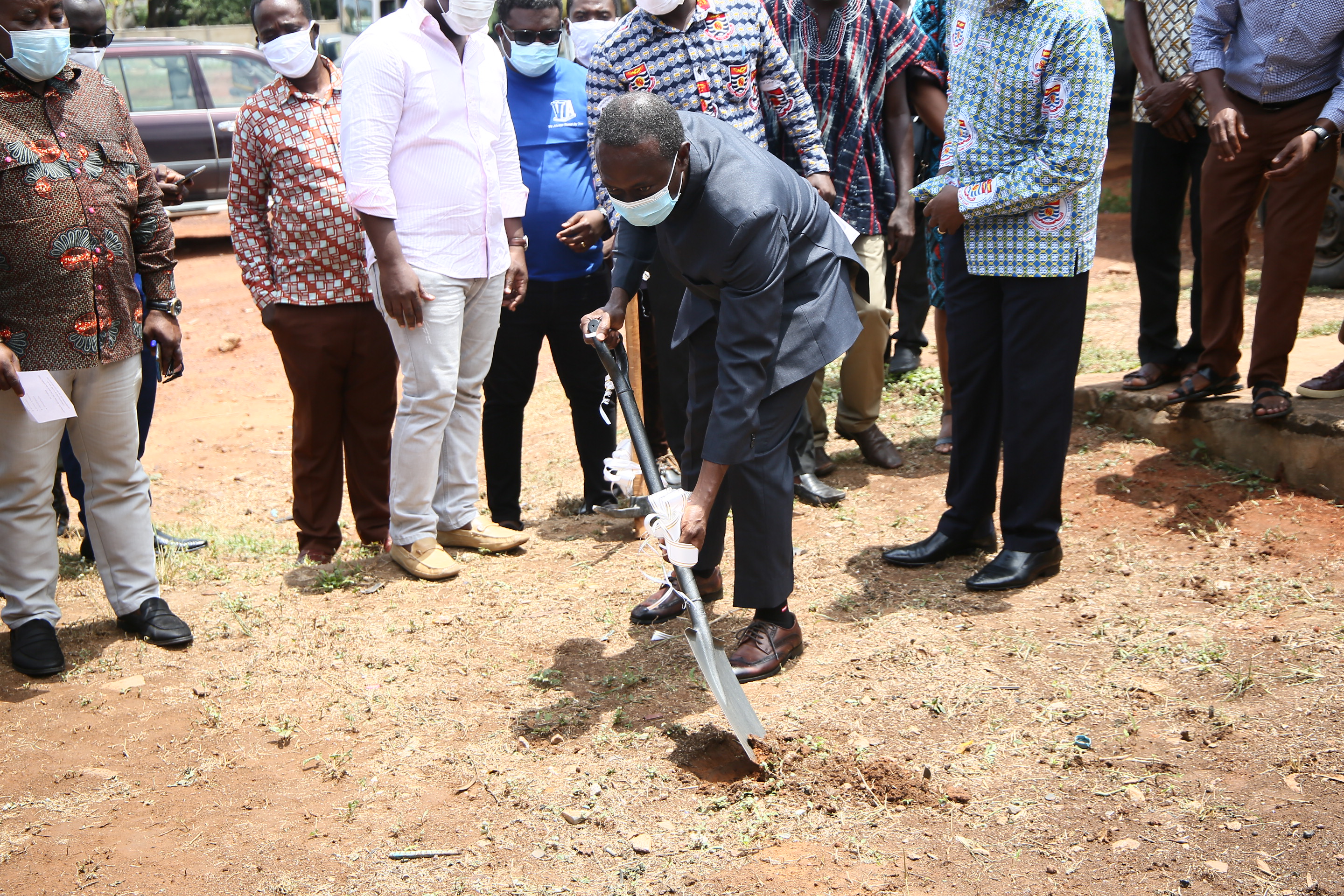 Giving Back to Society

The Chief Executive Officer (CEO) of Vanguard Assurance, Mr. Frederick Sackey, noted that his organisation believed in giving back to the society stating that “We have worked with UCC for a number of years, we believe it is time to show our love and commitment to them. Whatever profits we have made over the period, we also want to share with UCC.”  He assured that the gesture was the beginning of other projects and services the company was planning to execute to enhance the relationship between UCC and Vanguard Assurance. 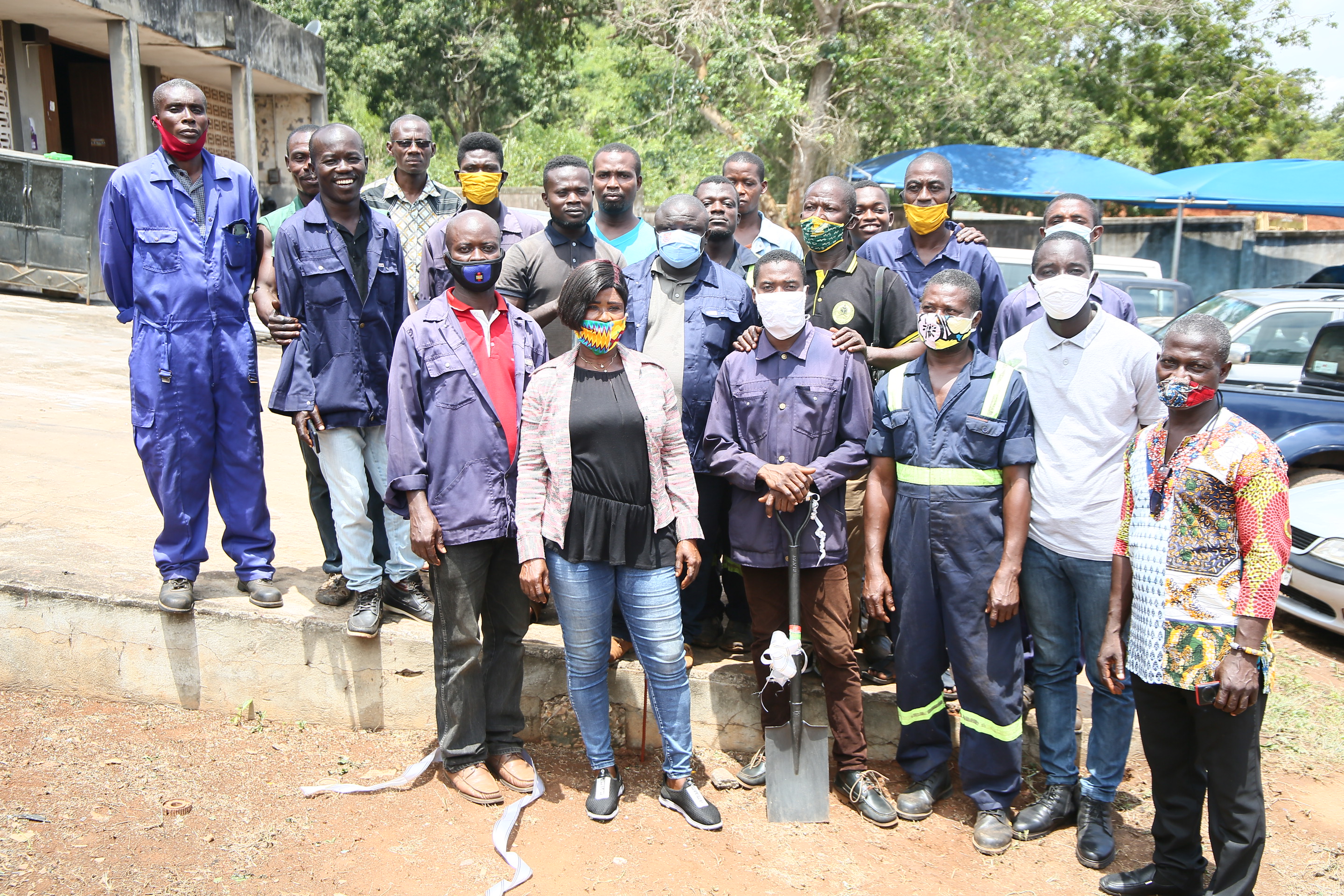 Present at the ceremony were the Deputy Registrar, Directorate of Public Affairs, Major Kofi Baah-Bentum (rtd); Head of Distribution of Vanguard Assurance, Mr. Samuel Asuman; Head of UCC Transport Section, Mr. Frederick Baidoo and some staff of the Transport Section.